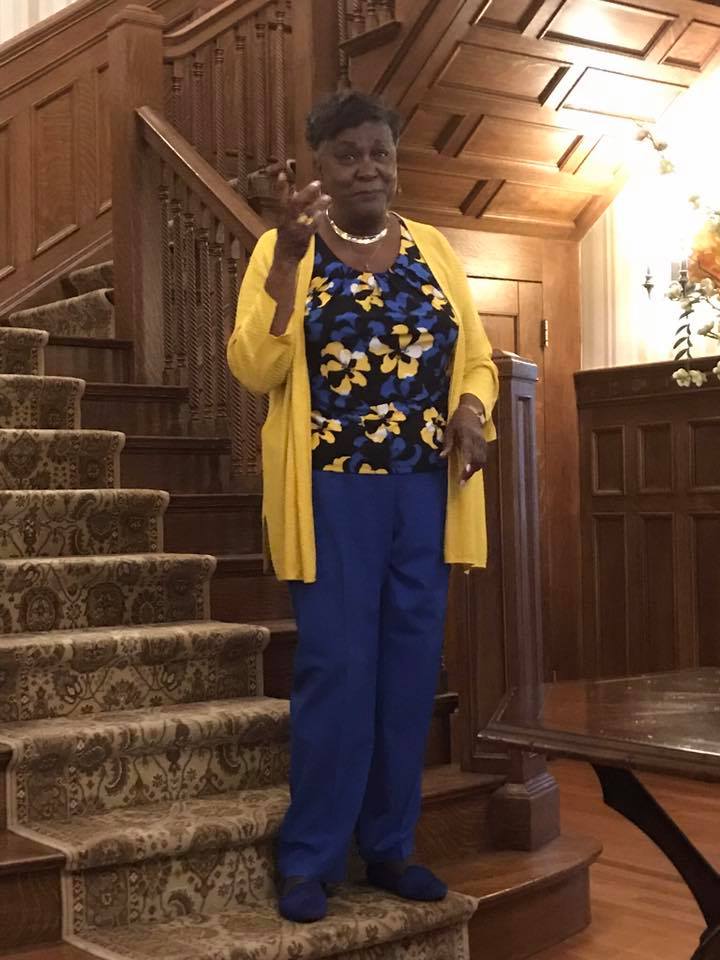 When my phone rang this morning, it was Hazel Lias returning my call. I had reached out to her regarding a story that was written and released by M Live/Jackson Citizen Patriot (link at bottom of page) on Thursday January 14, former Albion College President Mat Johnson spoke out about the altercation between Hazel Lias and himself. Johnson as stated in the story speaks out for the first time since his resignation. Lias said she would prefer not to speak of the story but did remind me of her press conference (which is in her own words at the bottom of this story).

In that press conference she stated that she did in fact meet with Johnson who apologized to her for the incident, and that she forgave him. Johnson now essentially denies most of Lias’ version in his comments in the story and stated he “simply remembers the conversation that night differently”.

City Watch has reported extensively on this story. According to witnesses “Johnson was in Lias’ face with his finger pointing at her nose and yelling” said one person who witnessed it.

The fact is the only people believing Johnson is this small but very vocal group in Albion, who all treat Johnson like he is the 2nd coming. Johnson made nothing but empty promises of “millions” that would go to this small group pet projects or handing out jobs.

The problem is after a year and a half all Johnson did was spend money, lots of it, with very little going to projects that he promised this group. He promised an African American museum inside Washington Gardner school that would take up at least an entire classroom. That was later changed, according to sources to a few glassed-in wall units.

On Monday January 17, Martin Luther King Jr Day, there is an open to the public rally of support for Hazel Lias. It is being held at the Bohm Theatre at 5:30 P.M. Organizers ask you to come, make signs and let Hazel know she is loved and believed. Here is a link to the Facebook event: https://fb.me/e/1CtcKmP4n

City watch wrote a story on December 17, 2021, covering Hazels press conference. Below is the story I wrote to refresh your memory what Hazel said.

Remarks written by Mrs. Lias are below.

It has been a strange couple of days — EVEN FOR ALBION!! I never expected to be in this position, but as you all know, I have never been afraid to speak my mind. I want to share with you my version of events from the other night.:

I was at the game at the College on Tuesday. I saw the t-shirts designed for the event and jokingly said I wanted one. I was walked over to Dr. Johnson to get one. Johnson pointed his finger in my face and told me to control my friend Mo. He said if he came on campus again he would be banned. I had no idea what he was talking about. At that point, he threw the t-shirt at my chest. I was startled and deeply concerned by his tone and his intimidating body language.

To be clear, Johnson did not physically hit me. But I did feel threatened by his behavior and anger that he was directing towards me as he was pointing his finger in my face.:

While I understand that a statement issued by Albion College says that Johnson “held up the t-shirt and handed it over” – that also is not true! The t-shirt was thrown at me andnot in a friendly way by Johnson. In fact, there was nothing friendly or respectful in how he was addressing me at all.

At the game, Johnson was indicating that Big Mo was instigating the student protest on campus and had assaulted Leroy.

Johnson said that he would give me the t-shirt, but that he wanted me to tell Mo that he was no longer allowed on the college campus and threatened to have Mo jailed if he setfoot on the campus again.

I was upset. I quickly left and immediately called Mo and asked what had happened andhad he talked to the people that Johnson had mentioned. Mo told me he had not.

I checked also with others who also confirmed that Mo had not addressed them at the protest.

Wednesday evening, I received a call from a gentleman who wanted to meet me and explain something regarding the incident. He came to my home and introduced himself as “Mo” — Morris Arvoy! :He said that I am the Mo that Johnson is upset about being at the college campus protest!

You can imagine my surprise, as this small white man does look anything like Big Mo over here. So, I couldn’t see how anyone could get them confused!! He further said that Big Mo was only there to be supportive of the students and was not involved in any other way that would be considered a problem.

I received a text message from Johnson. He at first offered to meet and have Dr. AshleyWoodson be there also. We agreed to meet one on one in the hotel lobby

Although he did apologize at the about the incident and I accepted his apology…I also made it very clear that this was the 2nd strike! This was the 2nd time that he had disrespected me publicly for no good reason. And, that was something that I was not going to get over.

There was a lot of information and rumors going around and stories in the social media. Not all of the details were completely accurate.

Yesterday, I called Johnson to just let him know that I was not saying to anyone that he physically hit me.

Two college officials came over yesterday to help me draft a statement, but I had them tear it up, because what they wanted to say did not acknowledge that it was totally inappropriate for Johnson to treat ANY WOMAN in such a disrespectful and threatening way. There was no intention of holding Johnson accountable for his bullying behavior.

I did offer to help set the record straight, which is why I am here today.

He is NOT the VICTIM! And, I will not stand by quietly as his supporters attempt to shame me for speaking the truth!