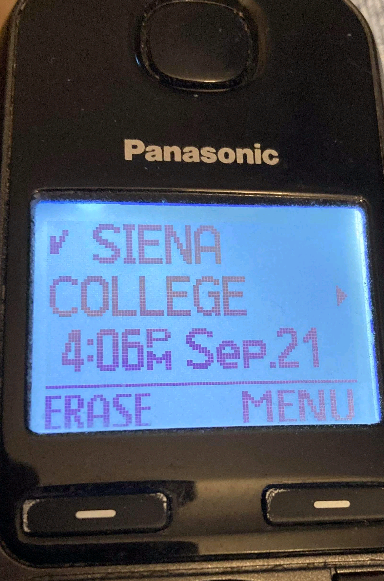 Over the last several days multiple people are stating they are receiving a phone call for a survey about the local Marshall Public School Bond proposal. Several people have stated that when they asked the caller who is paying for the survey the caller quickly hangs up. In Michigan it is against the law to conduct surveys and not identify your organization and the purpose.

When caller ID does show it displays what is in this photo. Siena College is located in Loudonville New York. It is unknown if this is legitimate or some kind of computer generated ID unrelated to the college, City Watch is working to identify the source hopefully in the coming days.

At this time City Watch is passing along advice from election officials that it is best to hang up on callers who refuse to identify themselves as it is difficult to determine if the caller is a legitimate organization.